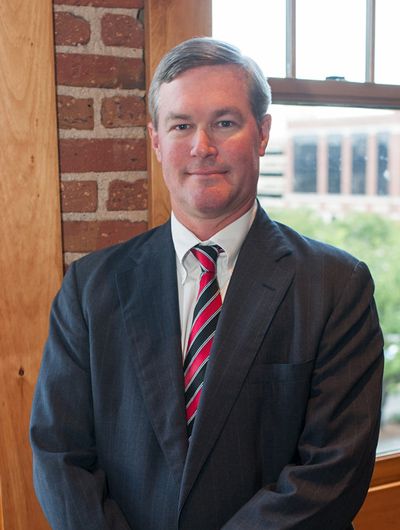 Morgan was raised in Columbus, GA and graduated from Brookstone High School in 1987. Morgan graduated from the University of Georgia with a B.A. in History and later graduated from Faulkner University’s Thomas Goode Jones School of Law in 2014 with a J.D. Degree.

Morgan brings to the practice of law years of business and financial experience. Before attending law school, he served as a vice-president and branch manager for Columbus Bank and Trust, Co. managing 30+ employees while also overseeing commercial and consumer loan portfolios. He also served as treasurer of the Greater Columbus Urban League and was named a United Way Loaned Executive in 1995.

In the financial sector, Morgan worked for Morgan Keegan where he was Vice President and Financial Advisor. There he managed multi-million dollar portfolios for individuals and businesses alike, including retirement and trust accounts.

Morgan has been an active member in the Columbus community through the years. Aside from the positions described above, he coached and was a board member at Peach Little League for ten years. He also coached many years for River City Youth Football in Columbus. Morgan is a lifelong member of St. Paul United Methodist Church where he currently serves as a lead usher.

Morgan’s practice areas of interest include personal injury, wrongful death, probate matters and business/contract disputes. His wife Jodi is a teacher at Brookstone School, and he has two children who attend Brookstone, one senior and one freshman.