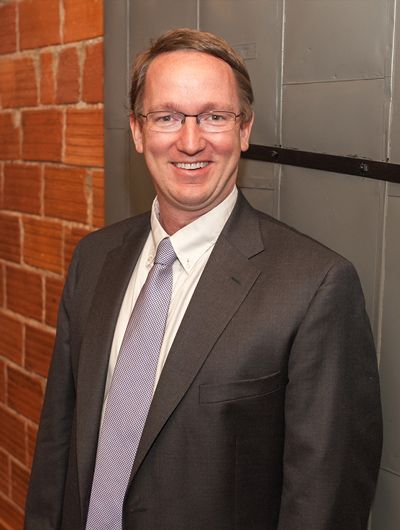 David is a former prosecutor, and his practice often involves matters with a criminal or governmental element. He has argued in both the Georgia Supreme Court and the Court of Appeals, and appeared before the federal courts in Columbus, Macon, Albany and Athens, Georgia. In addition to his experience before Georgia and federal courts, David has also handled matters before the Trademark Trial and Appeal Board.

David joined Waldrep, Mullin & Callahan, LLC as an associate in 2012 and became a partner in 2015. In the past several years David has:

Prior to joining Waldrep, Mullin & Callahan, David was an Assistant District Attorney in the Muscogee County D.A.'s Office for eight years where he prosecuted major felonies including murders, armed robberies, and complex thefts. As a felony prosecutor he successfully prosecuted a large number of jury trials as lead counsel, argued twice successfully in the Georgia Supreme Court, and represented the prosecution in several capital appeals and eleven appellate opinions.

David 's wife Amy is an Assistant U.S. Attorney in the Middle District of Georgia, where she previously served both as a U.S. District Court law clerk and staff attorney to the U.S. magistrate judge. They have a son and a daughter. David is an active member of Trinity Episcopal Church which he has served in many different ways including as an elected vestry member, usher, lector, and chair of the parish retreat committee. David is a three-time Ironman triathlon finisher and enjoys being part of Columbus' vibrant active community.

All Georgia trial and appellate courts

All Alabama trial and appellate courts

U.S. District Court for the Middle District of Georgia

U.S. District Court for the Northern District of Georgia

U.S. District Court for the Middle District of Alabama

U.S. District Court for the District of South Carolina